My cat has a tumour. Pretty big, apparently. This is my “real” cat, Kiffer. Not Shycat or Smallcat or the foster, Boycat. Kiffer stays with my parents who sorta-kinda kidnapped her and Finn. I left them there for a year so I could come to London to do my MSc. Then I stumbled into driving trains and started looking for a flat where I could keep them. Then when I phoned home I’d speak to Mum, then to Dad, then to Finn who had a remarkably squeaky voice but otherwise had the same accent as my dad. During these conversations he’d point out that he loved living with my parents and why on earth did we want him and Kiffer to move to a big city anyway? So eventually I told Finn he could stay. Then a few weeks later I said the same to my parents. They were surprised and pleased.

Not that Finn stayed long. After a few years he vanished. My personal opinion is that he was taken by some neighbours who moved at the same time. I didn’t mind so much if someone took him because then he was being looked after. Or maybe he got injured and crawled off to die in peace. But anyway he was gone and Kiffer was left. She was much happier being an only-cat and getting all the attention. Finn was a little too pouncy for her tastes.

She’s 14 now. Mum just phoned (at midnight no less) saying that she’d been off her food and taken to the vet. A large tumour was the diagnosis. I told them to have the vet let her go because I really refuse to be one of those selfish assholes who force their pets to suffer on so the human can get a few more months of ownership. Apparently the vet is going to operate on Monday to see how bad it is. If it’s not recoverable then the vet will let her die. That’s a compromise I’m ok with. Though I’ve told Mum that if she is operated on and recovers but starts to go downhill again then she is to be euthanised. I will not be one of those assholes.

I actually think my mother is more upset about this than me. I think that’s going to be her last pet. That said, they weren’t going to get another after their dog died but then they kidnapped my cats. My father always hated cats. Allegedly. But my mother is 73 now and my father is 69. I don’t think they’ll be getting another pet.

Really, I’m not hugely upset. I mean, I am a bit but she has to go at some point. I was just thinking the other day that she was getting older and wondering how much longer she would have. I guess I know now. I just wish I could be there to say goodbye. Saying goodbye is important whether it’s to a human or an animal. There’s not the same sense of closure if you don’t. I didn’t say goodbye to Finn either. I guess this is it for her. 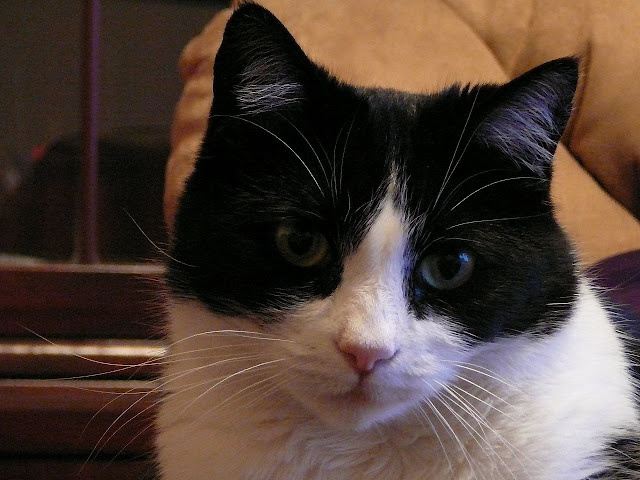